The six-axle Spierings SK1265-AT6 eLift is the largest mobile tower crane in the world. The powerful engine, high-performance pneumatic brake system and excellent overview increase safety on construction sites and public roads. The SK1265-AT6 eLift is the first Spierings crane with a fifth extendible jib section, which, combined with the four other jib sections, delivers an unrivalled radius of 60 meters.

With the introduction of the SK487-AT3 City Boy we already made a significant step in sustainability by making electric driving and lifting possible. Now we continue these developments by expanding our product range of sustainable models that can operate 100% emission free; the SK597-AT4 eLift and the SK1265-AT6 eLift.

These models are equipped with the new hybrid upper drive system with PowerPack technology. 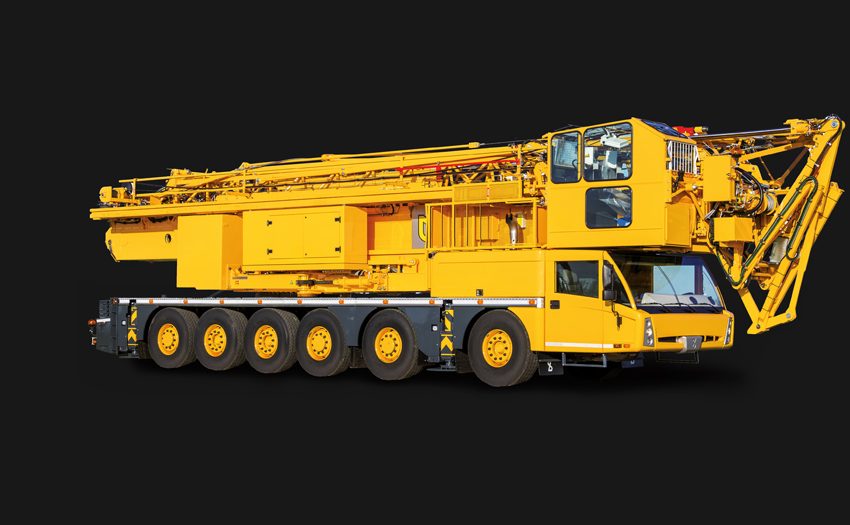 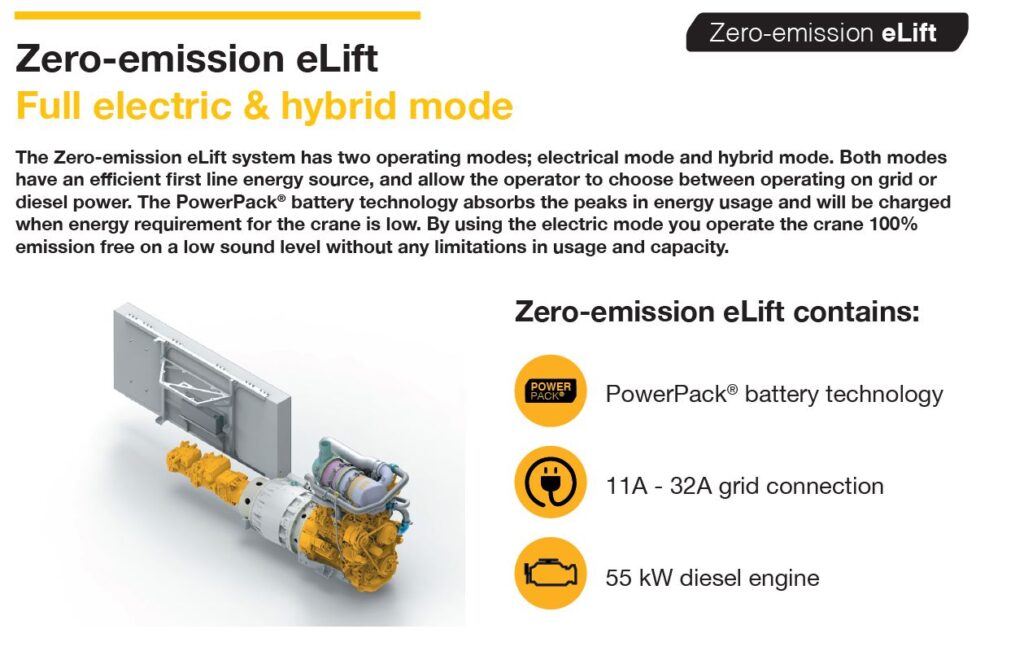 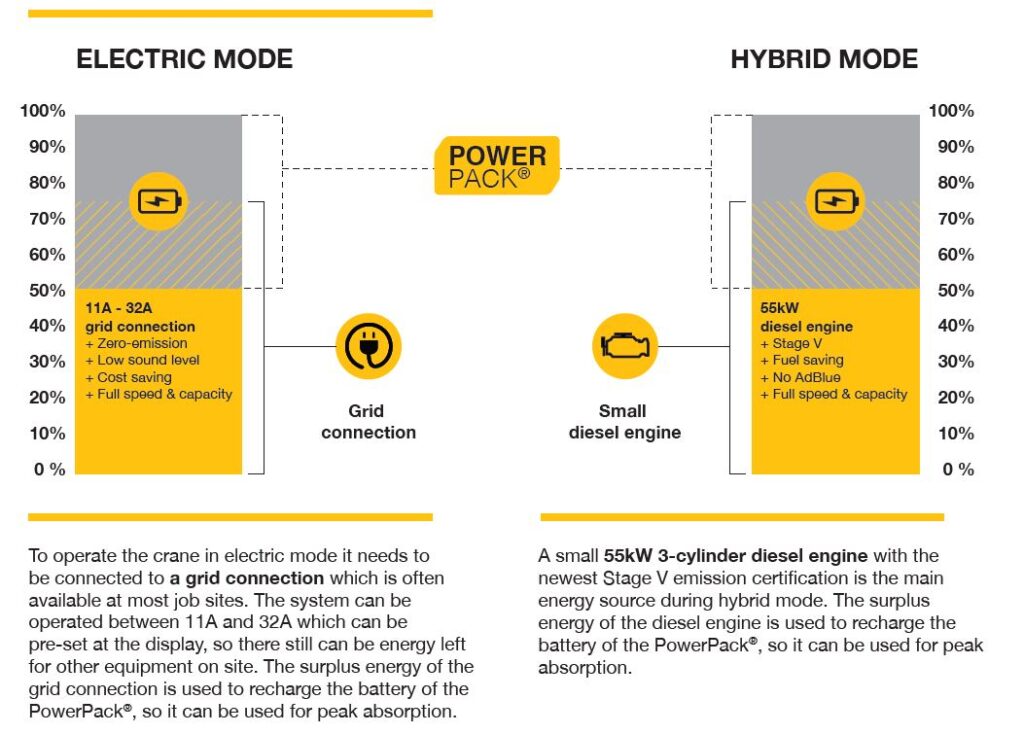 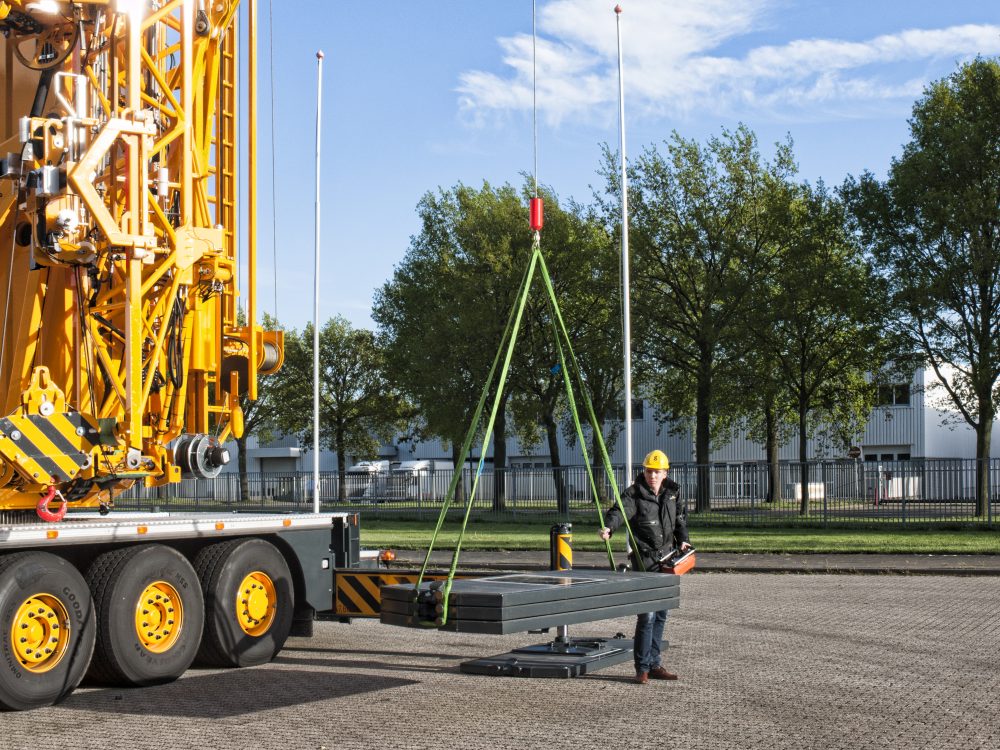 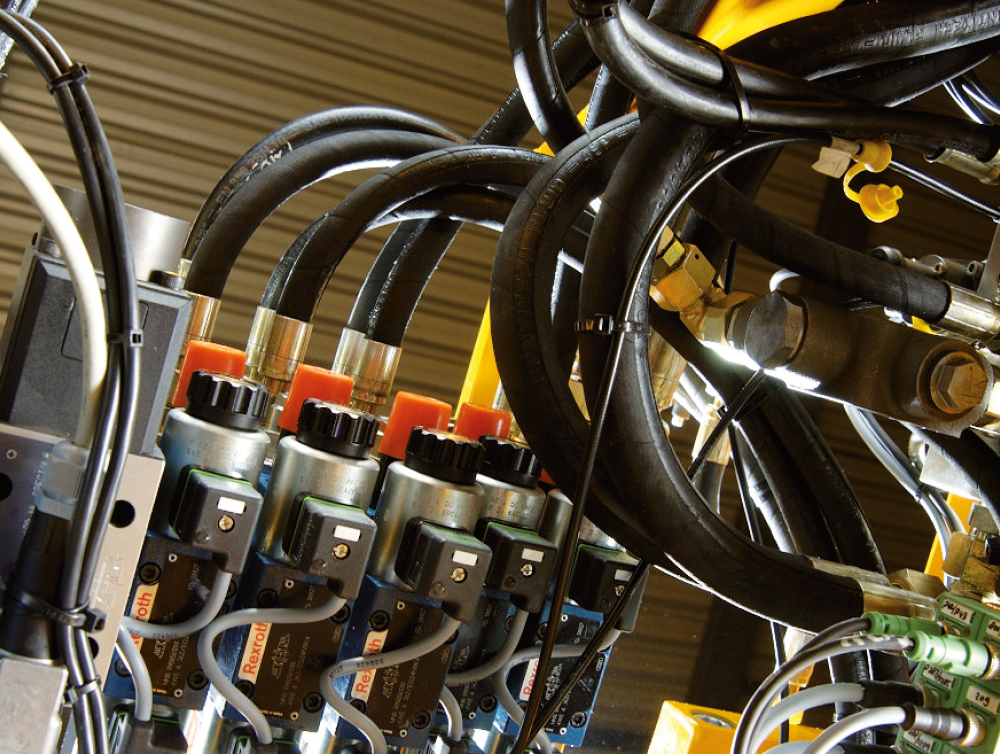 With the newest emission regulations Spierings still chooses for two engines. The Stage 5 four Cylinder diesel engine (constant rpm) is mounted in the super structure. The engine and the hydraulic pumps are mounted in a high quality sound reducing cover.

All crane movement commands are hydraulically proportional. This makes it easy to operate the crane and delivers maximum precision and efficiency.

Spierings cranes are fully assembled and ready for use within a maximum of 11 minutes, depending on the type of crane. 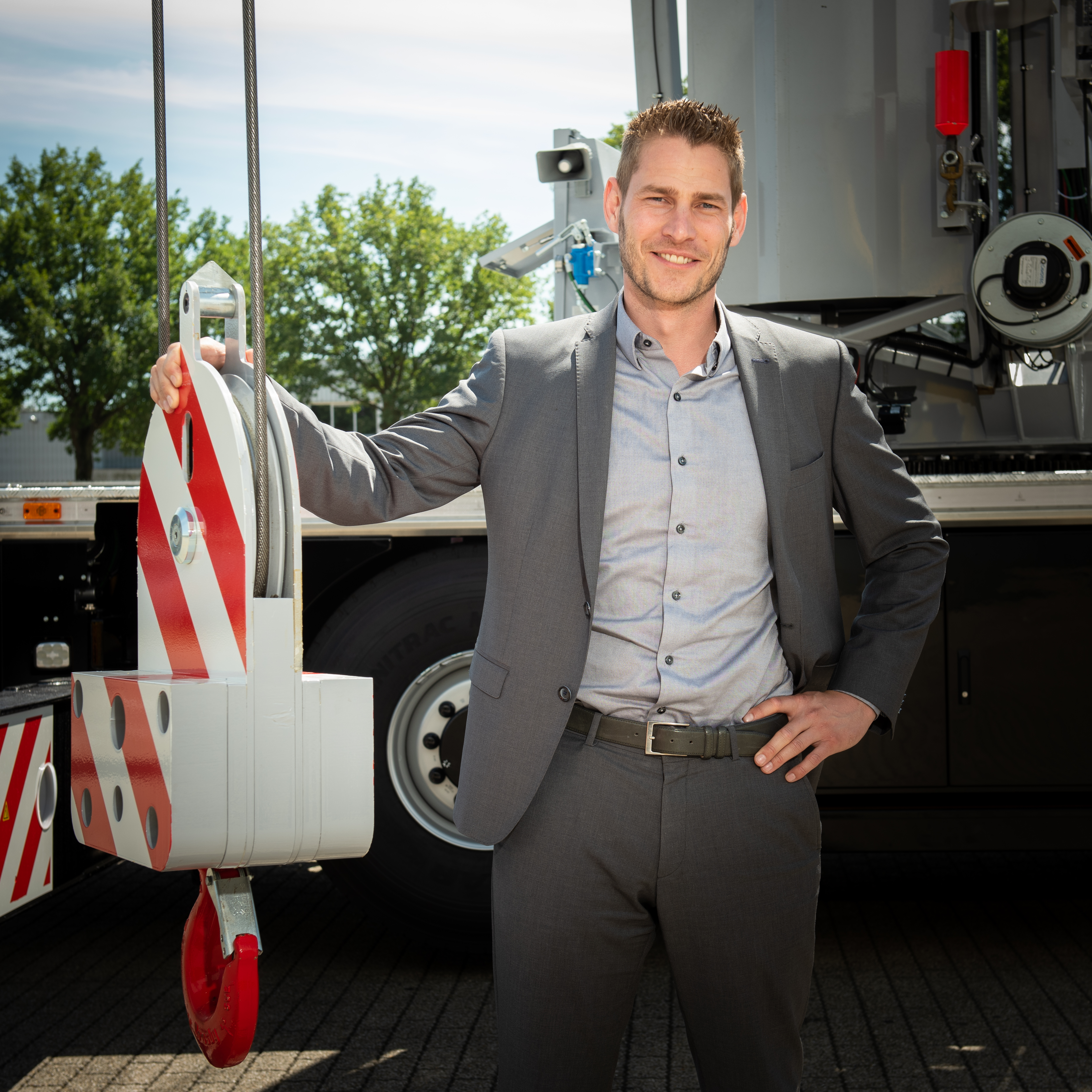